Debut of RIAA.com/GoldandPlatinum60 with Historic Timeline and

WASHINGTON—The Recording Industry Association of America (RIAA) this week kicks off the 60th anniversary celebration of its prestigious Gold & Platinum Program, the industry’s premier award for recognizing artistic achievement in the music marketplace. 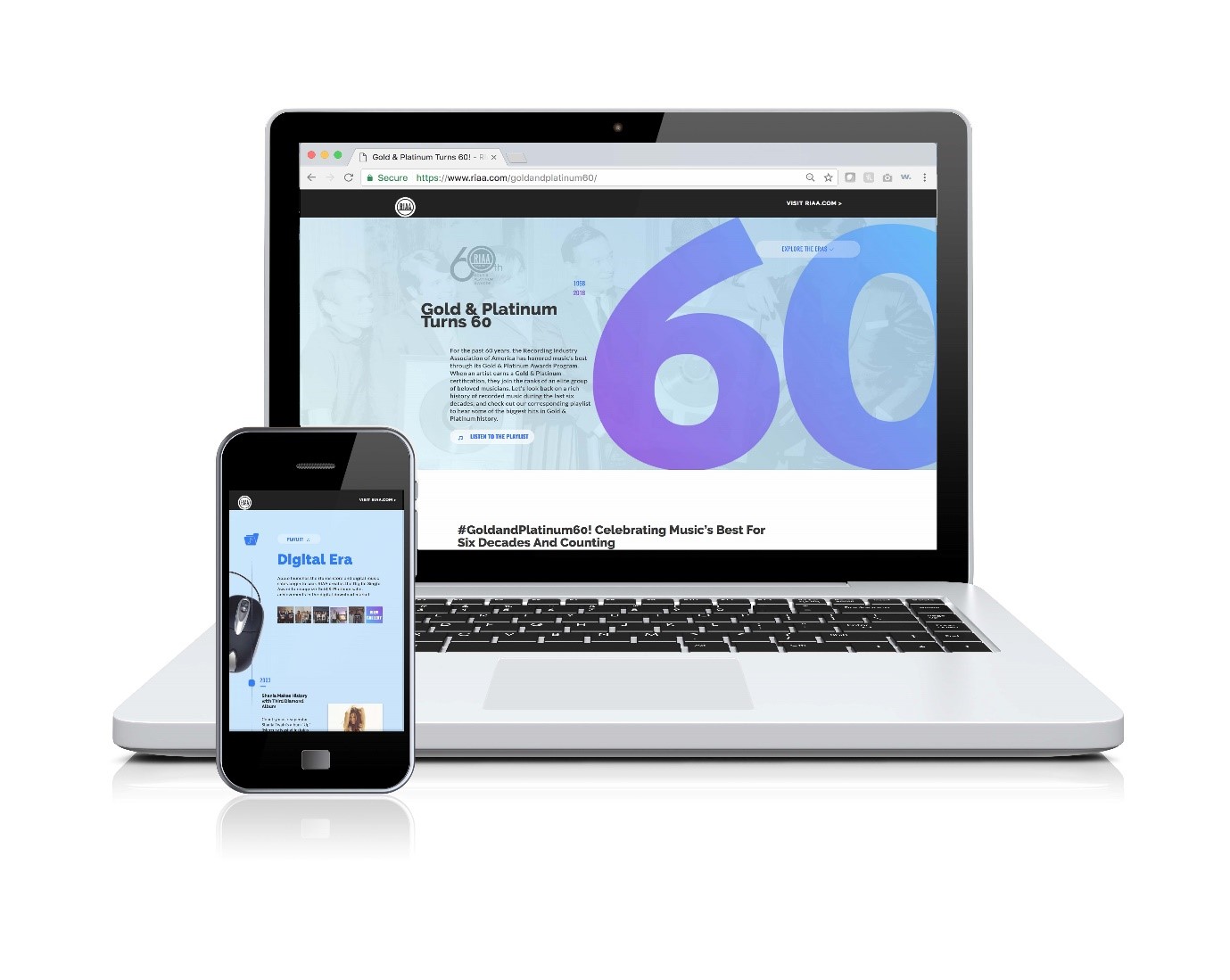 The Gold & Platinum Program uniquely catalogues the top artists and albums of all time.  Both of those “top tallies” lists on riaa.com are frequent and essential destinations for fans and music business observers alike.  Throughout 2018, the RIAA will spotlight the important moments behind the top 60 albums of all time and partner with music labels to announce new certifications for music’s most iconic albums.

“This week we begin celebrating 60 years of awards and some of music’s most special moments,” said Cary Sherman, Chairman and CEO, RIAA.  “We’re incredibly proud that the Gold & Platinum Program has not only stood the test of time, but also that it is more relevant than ever.  Whether it is that first Gold record or achieving rare Diamond status, these awards mean an artist has made it.  As recorded music has evolved, so has our program, recognizing elite marketplace success in whatever format fans choose to listen to their favorite songs and albums.”

The Gold & Platinum Awards Program was created by the RIAA in 1958 to honor artists and create a standard to measure the commercial success of a sound recording.  The program trademarked the Gold record (500,000 units) and formalized the industry practice of presenting awards to artists for music sales achievements.  Later came the Platinum Award (1,000,000), Multi-Platinum Award (2,000,000 plus) and the Diamond Award (10,000,000 plus).  In 2000, the RIAA created its Premios de Oro y Platino Award to celebrate Latin music, specifically albums and songs that are more than 50 percent Spanish language.  The RIAA has counted digital sales since 2004 and on-demand streams since 2013.  Today there are more than 9,000 certified albums, nearly 6,000 awarded songs, 1,300 certified videos and almost 1,000 Latin awards.

All RIAA certifications are calculated by Gelfand, Rennert & Feldman.  Complete lists of all album, song and video awards, as well as top tallies for artists and albums can be accessed at riaa.com/gold-platinum/.